Agricultural Land Use Pattern In India

Only 10 % of total land area worldwide is arable. Almost half the arable land around the world (1512) million hectares totally in 2000 was in four countries, namely the USSR (227.5 million ha), USA (187.8 m ha), India (164.9 m ha), and China (97.5 m ha). India has more arable land than more populous China, yet enough hasn’t been done on the farm front. India stands 7th on the globe in terms of total geographical area but 2nd in terms of cultivated land. Nevertheless, agriculture, which makes up about about 26 percent of India’s national earnings are the kingpin on the national economy. 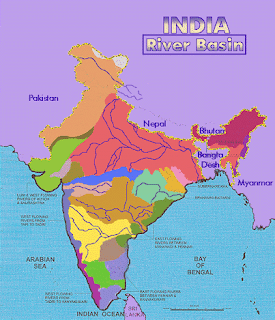 India was the second largest producer of both fruits and vegetables in the world. India occupies first position in the production of cauliflower, second in onion and third in cabbage. The National Horticulture Mission (NHM) aims at doubling horticultural production by 2012. Under the NHM, action plans for 18 states, 2 Union Territories and 10 national level agencies have been approved during 2006-07.

The Department of Agriculture and Cooperation has launched a Centrally sponsored scheme called National Horticulture Mission (NHM) during 2005-06 for holistic development of this sector ensuring horizontal and vertical linkages with the active participation of all the stakeholders. The Mission’s objectives are: enhance horticulture production through area-based regionally differentiated strategies: improve nutritional security and income support to farm households; establish convergence and synergy among ongoing programs for horticulture development; and promote, develop and disseminate technologies.

Click Here to Learn about the Major Food Crops In India.