The first attempt at systematic planning in India was made by Sh. M. Visvesvarya when he published in 1934, his book Planned Economy for India. Three years later, in 1973, the Indian National Congress set up the National Planning Committee (under the chairmanship of Pt. Jawaharlal Nehru) which submitted its reports as late as 1948, since the Second World War and abnormal political developments in the country supervened. In the meantime, eight leading Bombay industrialists came out in 1943 with ‘A plan for Economic Development in India’; popularly known as ‘Bombay Plan’. The plan aimed at increasing per capita income by 100 percent (from Rs.65 to Rs.130) within a 15 year period. This was sought to be achieved by raising agricultural production by 130 percent and industrial output by 500 percent. It accorded top priority to basic industries. Almost simultaneously with the Bombay Plan was released, by Shri M.N. Roy, a 10 year ‘People’s plan’, envisaging a total outlay of Rs.15,000 crores. In contrast to the Bombay Plan, it gave the highest priority to agriculture and consumer goods industries and relegated basic industries to a secondary place. There was also Gandhian Plan which was prepared by Shriman Narayan. 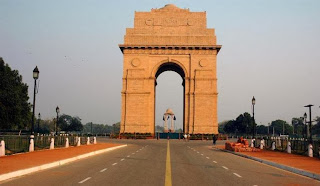 Planning can be categorized into various categories on the basis of the following :

1) Role of the Government

a)      Imperative Planning: It is also known as directive / totalitarian / authoritarian planning or planning by direction / command. Under imperative planning, the central planning authority decides about each and every aspect of the economy. The targets set the processes delineated to achieve them are to be strictly followed. This type of planning is generally practiced in the socialist economics.

c)       Indicative Planning : It is also known as soft or facilitatory planning. Under it, state sets broad parameters and goals for the economy and endeavors to achieve them through persuasion and facilitation. The state provides all types of facilities to the private sector and indicates the areas in which it can help in implementing the plan. It is based on French model of planning and generally practiced in capitalistic economics. It has been pursued in India since the Eighth Five Year plan.

a)      Centralized Planning: Under centralized planning there is a central planning authority which formulates the plan, fix objectives, target and priorities for every sector of the conomy. There is a central control and all economic activities are directed in accordance with a single plan.

b)      Decentralized Planning: It is also known as democratic planning, planning from below and grass root planning. A decentralized plan in characterized by the widest possible consultations with the various state governments and the private sector at the stage of formulation and implementation of the plan. The central plan incorporates plans under the central schemes and plan for the states as well as the district and village level plan.

3) On the basis of time period

a)      Perspective Planning: The term perspective planning refers to the long term planning in which long range targets are set in advance for a period of 15, 20 or 25 years. It sets broader objectives and targets which are to be achieved in various short period plans.

b)      Medium and Short-Term Planning: Medium term plans set the targets for a period of4, 5 or 6 years while short term plans are the annual plans which deals with the precise targets of one year duration, A perspective plan provides a background to the short term plans.

4) On the basis of mode of resource allocation

a)      Physical Planning: In Physical planning, an overall assessment is made of the available real resources such as raw materials, manpower etc. Such resources are then allocated among various sectors of the economy, so that bottlenecks may not appear during the working of the plan.

b)      Financial Planning: In financial planning, resources are estimated and allocated in terms of money. The Indian Planning Commission pointed out that “The essence of financial planning is to ensure that demand and supply are matched in a manner which exploits physical potentialities as fully as possible without major and unplanned changes in the price structure.

5) On the basis of flexibility or rigidity

a)      Rolling Plan:  In a rolling plan, every year three new plans are made and acted upon. First, a short-term plan is formulated for the current year in the form of annual budgets. Second, there is a medium-term plan which contains targets and techniques to be followed during the plan period. Third, a perspective plan is presented every year in which the broader goals are stated and the outlines of future development and forecast. It is a continuous planning process as the plan is revised every year in the light of new information.
Rolling plan was introduced in India by the Janta Government in 1978 as the Sixth Five Year Plan (1978-1983). But he congress government abandoned it in 1980 and relaunched the sixth five-year plan (1980-85) as a fixed plan.

b)      Fixed Plan :  A fixed plan lays down definite aims and objectives which are required to be achieved during the plan period, say 4, 5, 6, or 7 years. Physical except under financial outlays are seldom changed except under emergencies.