The nature and scope of planning is largely determined by the nature of the economic system in which it is practices. Economics can be classified into the following categories : 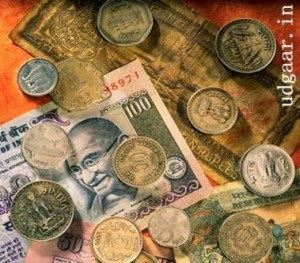 The Planning Commission is an extra constitutional and non-statutory body set up on 15th March, 1950 by a government resolution. It was constituted as an advisory body to the Union Government for the formulation of plans. The main function of the commission is to estimate the resources and to prepare a plan for the most effective and balanced utilization of the country’s resources.

The Prime minister is its ex-officio chairman. The tenure of its members and vice-chairman is not fixed. There is no qualification for its members. The number of its members as well as their appointment and removal depends on the discretion of the government.

The National Development Council (NDC) was constituted on 6th August, 1952 as an adjunt to the Planning Commission to associate the states in the formulation of plans. The NDC is also an extra constitutional body. Its main function is to provide suggestions to the Planning Commission regarding the formulation of plans, to give final shape to the plans and to evaluate their implementation. A plan is published only after its ratification by the NDC.

The plan emphasized on human development, larger rate for the private sector, development of infrastructure and greater role of markets to infuse economic efficiency.

A new scheme called Rashtriya Sam Vikas Yojana (RSVY), for bridging the regional disparities has been formulated in the Tenth Plan. The main aim of (RSVY) is to tackle the development problems to those areas that, despite existing efforts, continue to be characterized by high poverty, low growth and poor governance. The (RSVY) will focus on the developmental programmes for backward areas that would help reduce imbalances, speed up development and help the backward areas to overcome poverty, besides facilitating the states to take up productivity enhancing reforms.